The moon hung heavy and full in the sky, glowing brightly through the driftwood shutters.  Kopi lay wide awake in his bed next to his brother, Kai, who kicked him every so often as he turned in his sleep. The night air was thick and hot, but soothing in that it smelled of blooming jasmine and the ocean; sweet and briny, the scent made him think of his mother. He wanted to slip out of bed and tiptoe quietly across the sitting room to Mama and Papa’s room, crawl into bed between them and fall asleep.  Instead, he stayed where he was; awake while the whole house slept. Papa said he was too old to sleep in the big bed with them, even if he was the baby. So, he was banished to his brother’s bed until Papa could make him one of his own.

He and Kai were almost the same size, even though his brother was nearly two years older, and Kai’s bed was too small for the two of them to lie comfortably together, though only one of them seemed to mind. So there Kopi lay, eyes open and alert, staring at the rafters above them.  The buzz of insects outside the window and the familiar, dim hum of the sleeping house surrounded him. He could hear Danny snoring softly across the small bedroom they shared, his arms and legs spilling over the sides of his bed in wild juxtaposition. May and Suzanna had their own room next to Mama and Papa’s, Suzanna talked in her sleep, and Kopi could make out her breathy whispers from across the house. On the porch, Mario, his eldest brother, slept in a canvas hammock; every so often he heard it creak as it swayed in the breeze, pulling at the aged beams of the porch awning.

For some time he lay there listening to all the sounds around him, imagining little creatures stirring in shadows. The crunch and whine of tires on the gravel road outside gave him a start. Kopi wondered who would be driving to their house so late, they didn’t know anyone who had a car except for their neighbor, Mr. Hodges, but Mr. Hodges would be in bed right now. Kopi could tell this vehicle was slow and heavy by the sound it made rolling over the rough rock, like one of the trucks the military men drove. Excitedly, Kopi got up to look out the window.

Slowly the behemoth rolled up the road, headlights off, so as not to alert those who slept in their little houses along the street.  It was huge, boxy and black in the moonlight. The engine growled; an amber-eyed panther. The truck stopped suddenly in front of the house just before theirs. Kopi watched, speechless, as men in khaki uniforms and black caps poured out of the monstrous truck’s bed, like flames from a dragon’s mouth, spreading out in small teams along the street. Kopi panicked, he couldn’t see their faces, just cold eyes set below the brim of their knitted caps. They marched quickly up porch steps to pound on the doors of the many little bungalows along the lane. Three men holding rifles were moving towards their porch, to where Mario was sleeping. Kopi covered his mouth to stifle a yelp forming in the back of his throat. He had to wake everyone. Something was wrong.

Kopi padded quickly across the sitting room, no longer caring how much noise he made.  He slid past the drape hanging in the doorway of his parents’ room, and just as he climbed onto their bed, he heard a succession of loud booms from outside.  And then the screaming started.

“Kopi, what-what’s happening?” Lana sat bolt upright in bed clutching her youngest son, her mind still clouded and groggy, shocked awake by the array of noises coming from outside. Ihe was up and out of the bedroom in a heartbeat. He was waking the children. Just outside, a war zone had erupted. The sounds of splintering wood, breaking glass, shouted commands, women screaming, and children crying were almost drowned out by the mechanical hum of large engines. Every so often there would be a short clip of gunfire in the distance and now lights, bright and blinding, moved about; transecting beams pierced through the windows and chinks in the walls.

In a panic, Lana knew she had to hide her children. She held Kopi to her chest and made a beeline for the boy’s room. Danny was gone, but Kai sat huddled in a shivering ball on the floor in front of his bed, arms hugging his knees.

“Come on, baby, come with me.” Lana tried to sound calm and comforting, but all that came out was a shaky and desperate plea to her son as she tried hard to push aside the horrifying scenarios of what might happen in the next few minutes from her mind, Kai was reluctant to move from his huddle, but soon enough he got up and joined his mother. Lana found the girls, awake and terrified in their room, packing up clothes and blankets into bundles. Had Ihe told them to pack?  She wondered. Perhaps the situation was even worse than she had feared.

Lana frantically searched the house for a place to hide all of them. She found a spot in the corner of a closet, behind her husband’s boots and jackets, just big enough for the two smallest boys. She dropped Kopi into the little hideaway and motioned for Kai to climb in too.

“My boys, you be quiet and stay here, do not come out no matter what you hear. Papa and I will come and get you soon.” She kissed each of them quickly and backed out of the cubby. She held the edge of the door, nothing more than scraps of wood held together by smaller boards.  She held one finger to her lips to remind them of her words, then shut them in.

Ihe, Mario and Danny were holding off four armed men with large boards of wood from the lumber pile beside the house. When Ihe saw Lana in the doorway he motioned for her to move back inside, out of sight. In the split second that he turned his head one of the soldiers drew back his weapon and struck Ihe’s cheek with the butt of his gun, making a sickening crack. Ihe fell to the ground, blood pooling under his face.

Danny yelled out, a fearsome battle cry for a boy of twelve, and launched himself at the attacker. Mario, older and calmer, dropped his wooden weapon and ran to his mother on the porch.  He grabbed her by the arms; he was shouting something, but she couldn’t make it out over the shrill wail that filled her ears. She fell limp, exhausted and overwhelmed by the weight of her own slight frame. Mario caught her, and in that moment everything seemed to fall silent; she hadn’t realized she was the one screaming.

The world around her came rushing back. She saw two men rush into the house beside them, she heard her girls cry out. A soldier had subdued Danny and was leading him away by bound hands to the back of a truck; another dragged her husband’s limp body after them, and then she felt Mario shaking her.

“Mama, move!” Mario pushed her inside. A man stood over May and Suza, his gun at his side, he was speaking to them commandingly, but not as fiercely as his friends outside. “Stand up and walk outside with me and no one will get hurt.”  He held out a gloved hand to May. “Come on girl, it’ll all be over soon, just come with me.”

The trucks lining the street, the late night invasion, all of the soldiers with guns pointing at the floor, but not at them- it all suddenly made sense to her. These men weren’t here to kill them, they were here to take them hostage. In shock, Lana moved slowly toward the girls, pushing the gunmen aside, and pulled her daughters to their feet. Together they walked outside to the trucks. Each was lifted into the bed one at a time by yet another armed man. Mario was puzzled as he followed his mother and sisters and looked back to the house one last time before pulling himself into the truck. His lingering gaze was enough to rouse suspicion from one of the soldiers who ordered two of the men still standing near the house to go inside and search from top to bottom for anyone else who might be inside.  Lana’s heart sank.

The house had grown quiet. From inside the closet the boys couldn’t see anything but a faint crack of light under the door and between the boards. They clung to each other for comfort in the dark.  Each prayed that their parents would come and get them soon. From a distance came the sound of footsteps, heavy and shifting.

“Maybe it’s Papa, come to get us,” Kai whispered excitedly.

Kopi reached up in the dark and placed his small hand over his brother’s mouth to quiet him.  They listened for the footsteps again.  The closet had grown dimmer still, and when Kopi looked down to the crack under the door, the shadow of two large boots rested, blocking the light from the room. Kai squeezed Kopi harder and they both held their breath when they heard the door unlatch.

2 thoughts on “Chapter One” 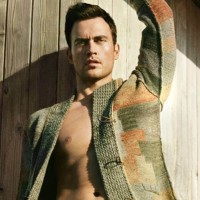 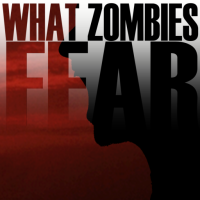 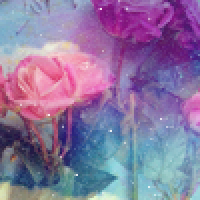 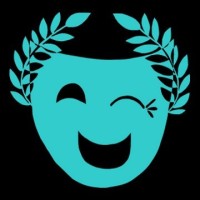 All of the writing and artwork on this blog is original and copyrighted by Vee Villarreal. Please feel free to share this blog with others, but do not distribute or publish any portion of this blog without the permission of the author. Thank you!
Hiking Photography
PragueByKaty

How I see the beautiful city of Prague and surroundings.

The daily musings of a writer.

We Don't Even Know Anymore!

A Day in the Life of Shareen A.
kaleidoSophie

Genetics Student with too much imagination. A collection of poems and prose.

Books, reviews and all things worth reading

clawing at the keys

One man's struggle to keep his son safe from zombies.

Every kingdom has a secret. Every hero, a weakness. Every villain, a master plan.

A story of magic and blood and everything in between. Updated Wednesdays